As Omaha’s population continues to grow, there are several developments in the works that are aiming to evolve high-potential areas in the city.

These developments will not only add more places for citizens of Omaha to work and play, but new areas for entertainment, as well.

Here are some key projects under development in Omaha that we’re excited about:

The Crossroads Omaha project sits at the former Crossroads Mall at 72nd and Dodge, Omaha’s busiest intersection. The redevelopment aims to “create a dynamic connection between downtown and west Omaha” and feature office space, retail and entertainment all in one place.

The project also includes space for small parks, outdoor dining, and rooftop bars, and a mix of underground, on-street, and surface lot parking.

The existing Target will stay in its same location, and former tenants like Barnes & Noble may be welcomed back to the new retail space in the future. The developers even plan to repurpose the iconic marquee sign that sits at the corner of the intersection.

Demolition has already begun with the former Best Buy space, and plans to continue East. The project should be completed in 2024, and the estimated cost will total at least half a billion dollars. Lockwood Development is managing the large project.

The LaVista City Centre project is located off of 84th and Giles. The development will span 34 acres and feature shopping, dining, retail, office spaces, and The Astro Theater – an indoor/outdoor live music space that can accommodate 7,400 people.

Other businesses that have been announced that will be joining the City Centre are Heights Draft Room and Over Easy, among others. The Vivere is a luxury apartment community that has already started housing tenants.

The project is being developed by City+Ventures and is expected to cost $22.6 million.

The Heartwood Preserve – In Progress

The Heartwood Preserve project will sit at 144th and Pacific. It aims to “become the cornerstone for living, working, shopping, and playing in Omaha.” The project will make up 500 pedestrian-friendly acres.

The project plans to have several different residential and retail areas. It will also feature plenty of green space, including an ice rink, amphitheater, and eight miles of trails.

Some of its new office spaces have already been claimed by several large companies such as Carson Group, Valmont Industries, and Applied Underwriters, who is also managing the development of the Heartwood Preserve.

The Flatiron District has several projects currently in development to revitalize the area. At 18th and Howard (a.k.a. “Bauhaus,” and right across the street from Modus Coworking), a large mixed-use project is being developed that will add over 14,000 square feet of commercial space to the location.

It will include three restaurants, a specialty fitness center, and 120 apartments. The project is expected to be completed by late 2023, and will cost around $35 million.

1501 Howard is also being developed into 16 apartments and around 9,000 square feet of commercial space. These two projects will be completed by Spring 2023 and will total around $25 million when combined. 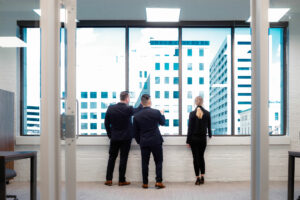 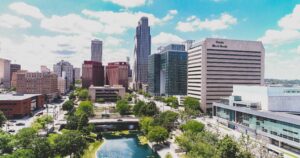 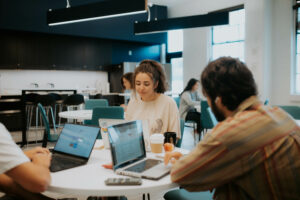 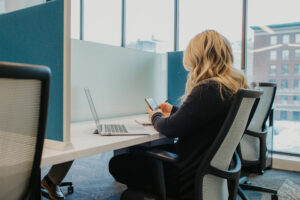